It was a summer to remember. The maddening nerves, hopes, surprises, and joy all came to an end. The page turned. Indonesian aces Tontowi Ahmad and Liliyana Natsir didn’t drop one single game en route to clinching the gold on their second Olympic attempt. Number one men’s doubles duo from Malaysia, Tan Wee Kiong and Goh V Shem overcame the odds to reach the final and tied Malaysia’s best result on the Olympic stage with a silver medal (backing up with huge results in Autumn and now officially becoming the world’s top-ranked pair). Fan favorites Ko Sung Hyun and Kim Ha Na from Korea were also a proud quarterfinalist in mixed doubles in Rio (and also later became the world number one mixed doubles team). Notice anything awfully in common? Yes, five of the six players mentioned chose the young 2016-introduced VICTOR JS-12 racket for the mission. 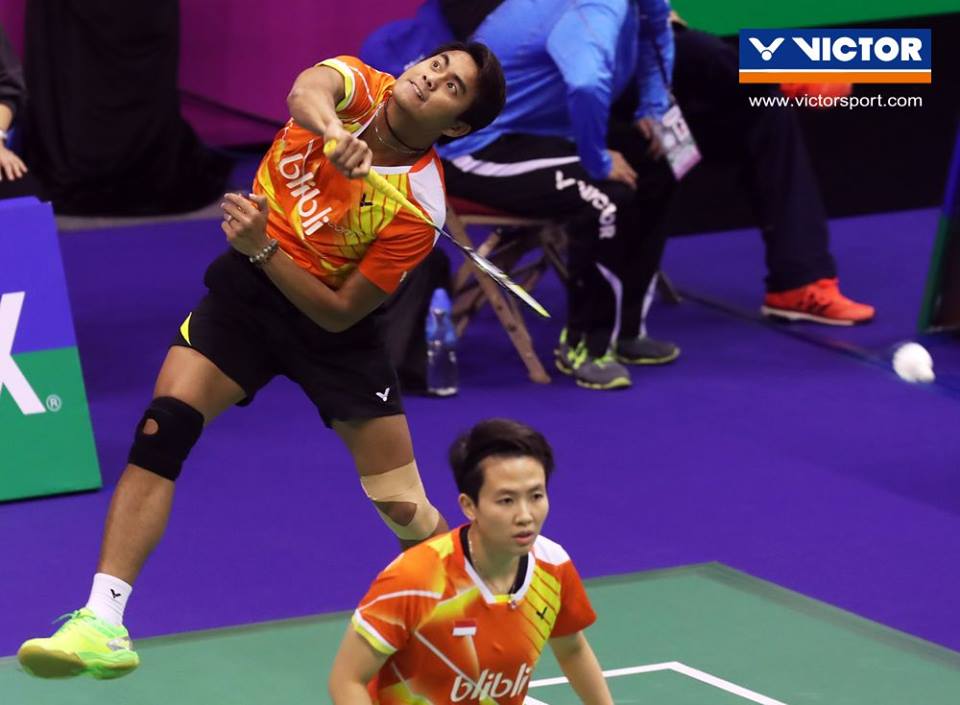 It started in 2015, when a lot of innovative ideas were in motion inside the VICTOR lab as it sensed the urgency and demands that players and consumers were eagerly in need of another classic in the “speed” racket category, which VICTOR proudly excels, ahead of a monumental year. The VICTOR lab invited elite innovators, designers, engineers, and athletes to take on the challenges and to work together on the solutions, exploring better ways and materials to serve the fans and players. It’s easy to move from 0 to 90, but the search to go from 90 to 100 can be taxing. Finally, the extensive amount of research pointed to one key material/technology that received encouraging test results and could greatly enhance racket performance. That is the re-fortified “TERS” – the Twin Epoxy Resin System by the VICTOR lab. Experiment proved that the TERS would generate superior elasticity and resilience than any of the conventional materials used in past models.

With the breakthrough finding and enhancement, the VICTOR JS-12 racket was born. Engineered with the TERS, it offers a stiffer but endearing feel on the shaft that carries the high clears and deep smashes effortlessly, very fast, and surprisingly precise. Sharp net attacks come easy and spontaneous with the TERS-enhanced light frame structure, which makes JS-12 especially beneficial to the game of a doubles player. 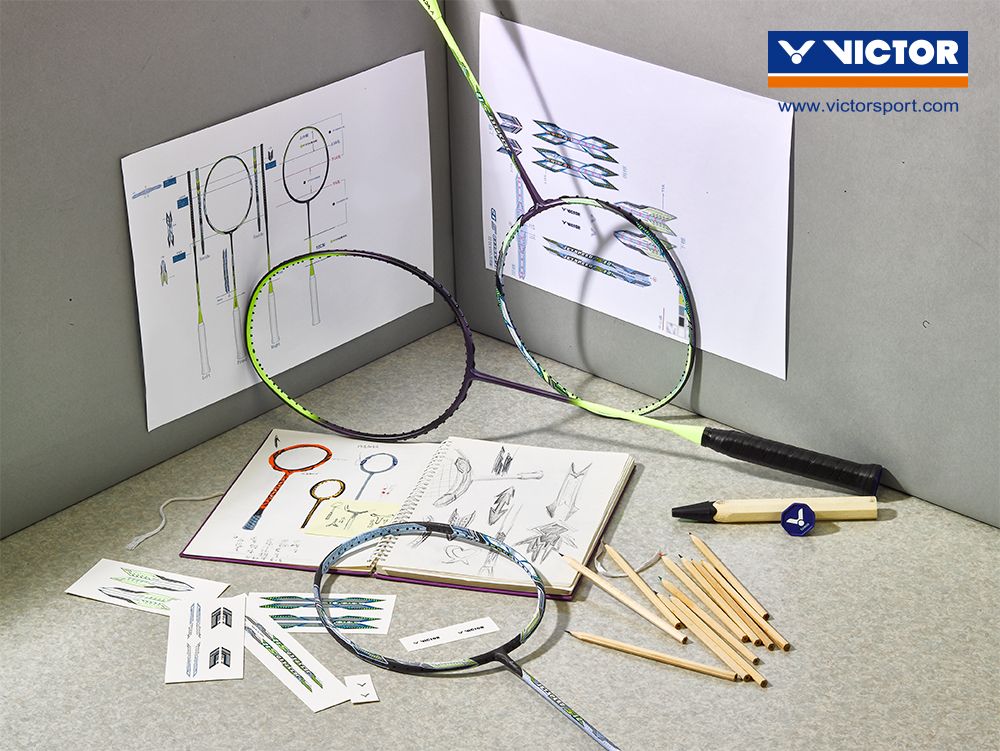 The R&D team confidently knew the JS-12 made a satisfying and reassuring creation. However, the pressure didn’t go any less. It takes time to get used to new rackets, especially for the pro players who are competing at the extreme level where millimeters and milligrams can count. Not to mention at that point, they had less than eight months coming into probably the most important moment of their careers. If the players were not holding the JS-12 in the Rio summer, the meaning would simply not be the same for what’s made to be a future classic.

“It’s perfect. Can we make the change right away?” The difficult weight is gone. When members of the VICTOR lab traveled to the training base of the Korean National Team and first presented the players with the JS-12, they were pleasantly surprised to hear how many players were willing to chase the Olympic dreams with JS-12 by their side. Knowing the clock was ticking and that they had to make a racket that required the least time to make people in love with and find easy to use, hence the born of JS-12, the R&D members didn’t really expect the immediate success.

The experience for amateur players are as enjoyable. Our racket testers were happy with the easy maneuverability in JS-12 right away on the first hit, and its ability to assist them to quickly find their best level, if not better than their original.

”Bouncy, comfy, speedy,” some testers left with these words of description that might give you some hints of how JS-12 plays like. To many’s surprise, JS-12 isn’t really the lightest on paper compared to other “speed” type rackets, but the powerful sense of floatiness can be felt during swinging, contributed by the careful racket-weight reallocation. The added grams enable greater weight in shots, what bring out some wowing power even in the quick hands of Ahmad and Tan. The TERS and the remastered “Aero-Sword” frame structure help increase resilience by 9% and improve shock absorption by 2.9%. In the meantime, the overall performance in shaft is also raised up to 8.8%, providing optimized swing force transmission. 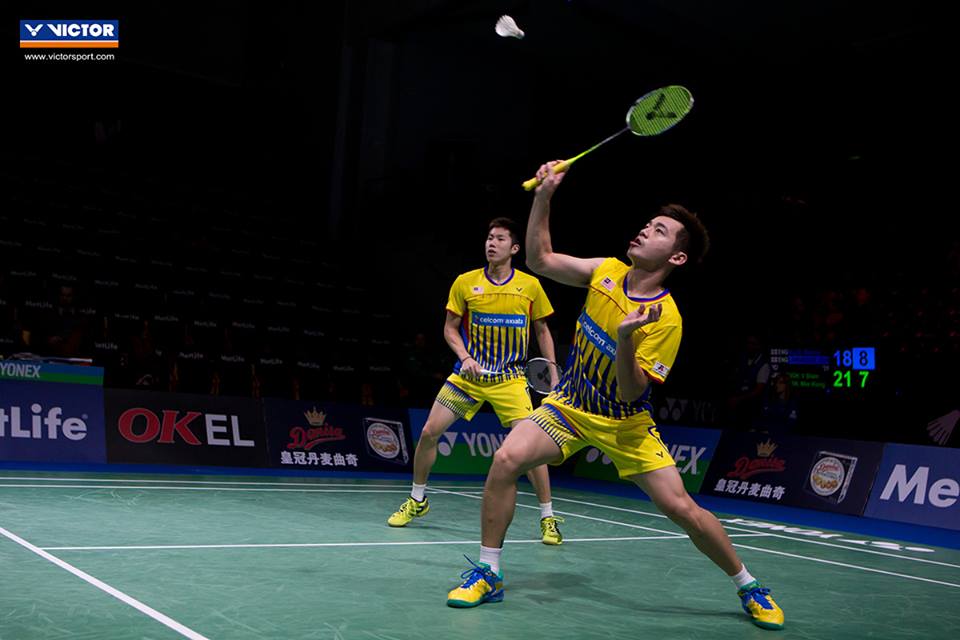 At the end of the day, it all comes back to the desire at VICTOR to find better combination of new and existing materials to deliver maximum performance and to empower every badminton player. The charming characteristics of the JS-12 are signaled through the style and detailing. Extensive twisted lines, traces of fluorescent yellow and dark purple are crafted on the inner and outer of the racket frame to indicate the afterimages of a fast-moving object. Currents of silver laser printing put the final touch on the body of the new pro favorite. Another tremendous work by VICTOR and a must-try for players looking for speed-oriented rackets.