Professionals only! A day in the life of a professional stringer (2) 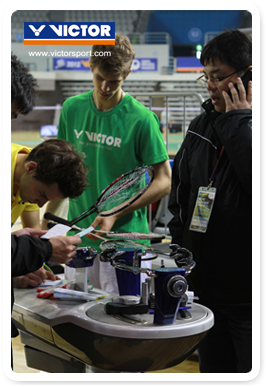 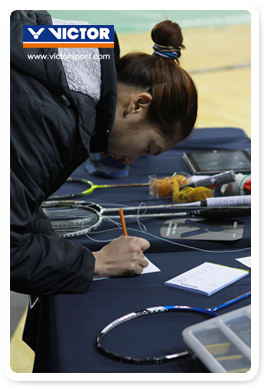 The battle before
a tournament

It isn’t much of an exaggeration to describe a stringer’s day as “stringing from morning till night,” especially in the two days before a tournament starts.

After arriving at the city where the tournament is being held, most players will cut off the existing strings and send their rackets to be re-strung; one reason for this is because of the effect of pressure change at high altitude on string poundage during their flight; and the other is to ensure that the strings are of just the right tightness required and complete when they go on to court.

On the eve of a tournament, rackets flood into the stringers’ workshop. It is impossible for them all to be strung so the stringer has to know just how many rackets each player has available for use and when their next match is. With this knowledge, the stringer arranges the order that rackets are strung in a suitable way.

It takes over two hours for an inexperienced stringer to string one racket, however, a USRSA (United States Racket Stringers Association) certified stringer can complete the stringing of a racket in 45 minute, while elite stringers take just 20-25 minutes.

On the eve of a tournament, each stringer will string 15-20 rackets a day. As the tournament progresses and players are eliminated, the number of rackets sent for stringing decreases, however, in total through a whole tournament, a stringer will deal with over 50 rackets, representing a large amount of work. 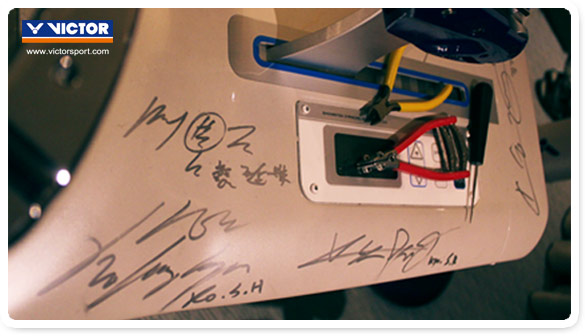 In a day’s work a stringer will encounter players of various types;some are quiet and reserved, some are more extrovert and friendly, some like their strings to have a high poundage (Lee Young Dae, Ko Sung Hyun for example) while some prefer the low poundages (like Tai Tzu Ying) used by the average recreational player. Some players won’t be familiar with the tournament venue and so not know how to get around or where to eat and will ask a stringer for directions .This frequent interaction means that stringers often gradually make friends with players. 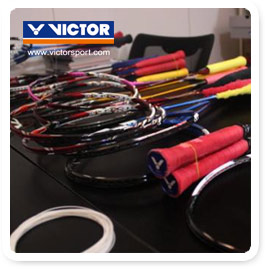 The work of a stringer begins with vertical strings and ends with horizontal strings. This is a seemingly monotonous and innocuous process but actually stringers have an integral, albeit behind the scenes, role in the exciting matches we see on court. With their full support players are able to go onto court to engage in a duel against their opponent knowing that they don’t have to worry whether their racket has been strung in a way that best suits their needs. Next time you cheer on a player don’t forget to applaud the stringer too!

Professionals only! A day in the life of a professional stringer (1)

The workplace is like a match, mental strength decides who wins!